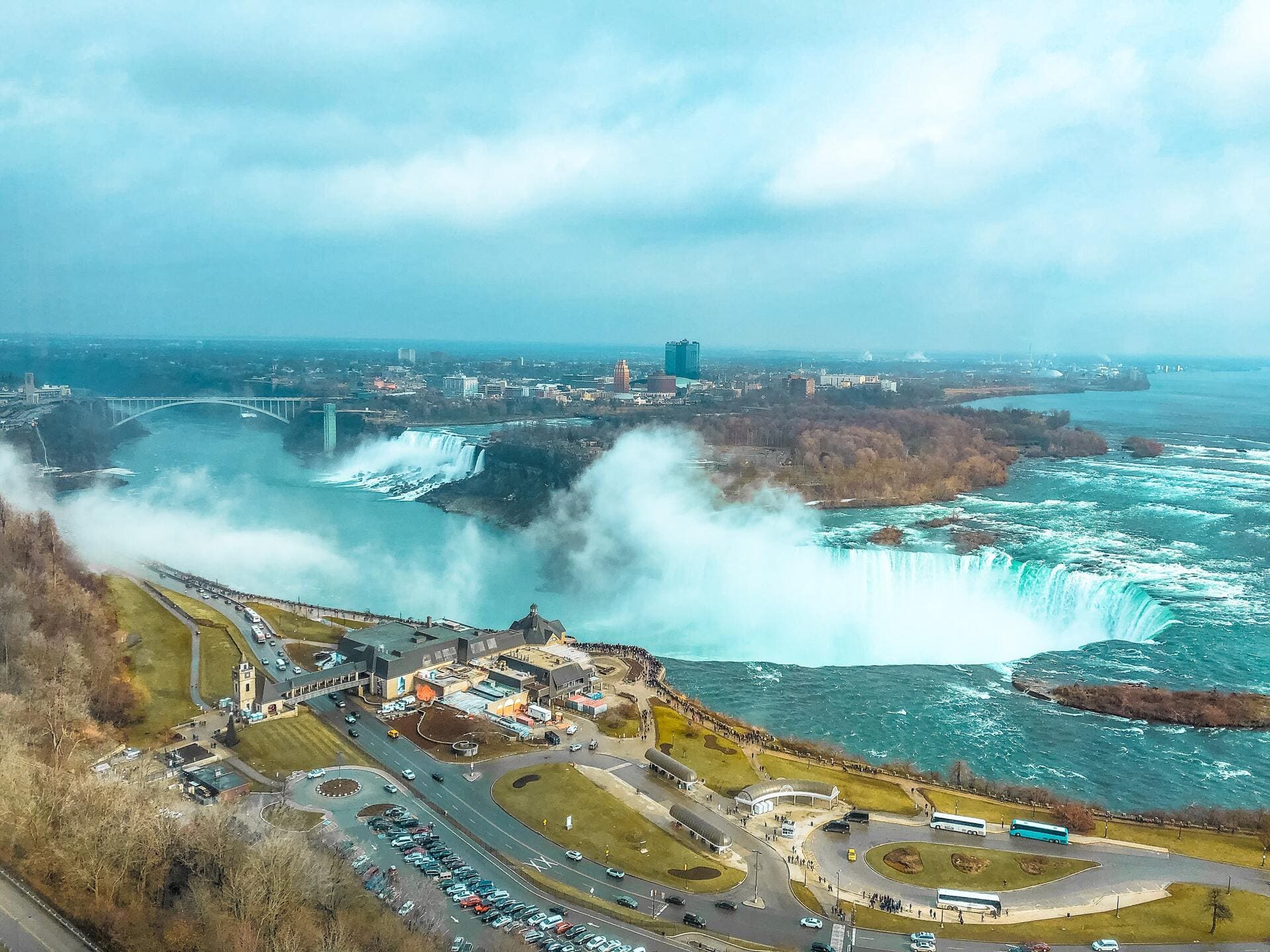 HISTORY OF THE NIAGARA FALLS

The Formation of Niagara Falls

The formation of Niagara Falls was and still is a slow process that continues even today. The yearly thawing and freezing of the Niagara River wear away at the rocks under the surface. The steady move of Niagara Falls farther upstream is caused by occasional rockfall and gradual erosion. But thanks to modern influences, the Falls wear away much slower. Rehabilitation works have been done to preserve the waterfall. The volume of water is reduced by diversion for hydroelectric energy.

The Discovery of Niagara Falls

The first people to recognize and use the power of Niagara Falls were most likely Native Americans living in the Niagara region. Father Louis Hennepin, a French priest, was the first European to document the area. He was overwhelmed by the significance and size of Niagara Falls during a 1678 expedition. Hennepin published a report of his travels in “A New Discovery” when he returned to France. The book brought Niagara Falls to the western world’s attention for the first time. And it inspired further exploration of the Niagara region.

The 1800s development of the rail system opened Niagara Falls to crowds of visitors. It made it a prime destination for travelers from all over the world. In 1804, Napoleon Bonaparte’s younger brother, Jerome, honeymooned with his American bride at the Falls. According to the lure of Niagara Falls history, he is credited with starting Niagara Falls’ honeymoon tradition.

Niagara Falls was of spiritual significance to the native people, such as the Neutrals. The name of the region is of native origin. It most likely describes either the falls, “thunder of the waters,” or the river, “on or at the neck.”

The extraordinary sight was first described by Louis Hennepin, who saw the falls in 1678 and called them “a vast and prodigious Cadence of Water.” Among those who tried to express their effect was Charles Dickens, writing, “I seemed to be lifted from the earth and to be looking into Heaven.” Tourism began in the 1800s, and with it came daredevils who defied the falls in boats, barrels, and rubber balls.

In 1885 Ontario created Queen Victoria Park – Canada’s first Provincial park to save the area from hucksters and speculators. That same year a similar public park was built on the American bank. Millions of tourists visit the site every year. Viewing the falls from helicopter rides, several towers, a tunnel beneath Horseshoe Falls, a jet boat through the lower rapids, a cable Aerocar over the whirlpool, and the Maid of the Mist, a ship that carries sightseers to the foot of the falls. International agreements control water diversion for Hydroelectric power, which was first generated in 1893 on the Canadian side of the river. The Niagara Diversion Treaty specified that a minimum flow of 50% is reserved for the falls during daylight hours in the summer. Up to 75% during the winter and overnight, the rest are divided between Canada and the USA. The water is diverted from the Niagara River above the falls and fed into the turbines of Sir Adam Beck in Canada. The water is returned to the river by canals and tunnels generating Stations No 1 and No 2.

Have a look at the best Niagara tours available from the Canadian and US side of the Falls!

Experience the Niagara River like never before as you rush through Class 5 rapids on this 45-minutes jet boat tour. Inject a little bit of adventure and excitement in to your visit to Niagara falls and discover the natural scenery of Niagara River from a different angle.

Explore Niagara Falls from the Canadian side at Night accompanied by a small tour group and an expert guide. You'll get a chance to climb the Skylon Tower for a mesmerizing view of Niagara Falls and take part in a Hornblower Niagara cruise to get a closer look at them. Finally, a 3-course dinner overlooking the Falls awaits you at the end of the tour.

The mesmerizing Falls and beautifully maintained Niagara Falls parks may make it difficult to believe that this area was the place of one of the most well-known battles of the War of 1812. Which was a significant turning point in Canadian history. Or that it was an essential stop on the Underground Railroad during the 19th Century. Niagara is filled with historic sites – mainly 18th and 19th-century forts. Visit Old Fort Erie, the first fort built by the British in the late 1700s and the location of one of the worst battles in Canada during the War of 1812. Visitors can also experience other national historical sites along Niagara Parkway.

Have a look at the most popular Niagara Falls Attractions!